We, as Colin's family really do appreciate that Tunbridge Wells have renamed the Kent Open tournament in honour of Colin. The girls respect it as much as his own memorial date and birthday. Squash was a big part of Colin's life and so therefore ours. We were there the first time he got an England cap, England captaincy, British Closed champion, British Open champion, World Masters runner up. It seems fitting that we should be there to celebrate and remember Colin this way. Holding the tournament in Tunbridge Wells is good for the local squash fanatics, but more importantly, Colin played for T Wells and was club champion, so to bring a top flight PSA tournament to T Wells is great for the sport and all the players that play in that area. I think a raised profile of the tournament will encourage more of the local and international players to enjoy their hospitality.

We really do appreciate all the club does to keep Colin's memory alive.

The Birmingham-based Belgian won a massively entertaining five-setter 9-11, 11-9, 11-4, 9-11, 11-5 after 76 minutes of high-quality squash in front of a packed crowd at Tunbridge Wells Squash Club.

The score see-sawed throughout the match, with the ascendancy switching from player to player.

That was clearly evident in the opening game as Van Den Herrewegen surrendered an 8-3 lead.

Soares put together a run of points but when he reached 10-9 he noticed blood pouring from his left thumb after scraping his hand on the court floor.

After a 14-minute break for treatment, he returned to wrap up the opening game. Van Den Herrewegen began strongly again the second game and advanced to a 9-4 lead before Soares began his customary recovery process. The Portuguese clawed his way back to 8-9 but the Belgian managed to clinch the game 11-9.

The third began in a similar pattern, but this time Soares failed to make any inroads as Van Den Herrewegen powered through 11-4.

Soares did respond in the fourth, however, battling back from 7-4 down to win 11-9 and take the game to a fifth.

This time Van Den Herrewegen imposed himself firmly on proceedings and, having built a 9-2 lead, withstood a brief recovery from Soares to close out the match 11-5.

Van Den Herrewegen, who is studying for a PhD at Birmingham University, was delighted to win his first PSA title for more than a year. He said: "It was a great match, very fair, and we were both trying to play the ball at every opportunity.

"There were some odd dynamics going on because I feel Rui plays his best squash when he is behind and he proved that with the two games he won. But I am very pleased with how I played. There were a few passive spells but I was confident going forward to attack.

"This is a great tournament and it has a lovely feel to it with all the club members getting involved. They were absolutely hanging from the rafters upstairs and I love playing in tournaments like this."

Soares said: "I keep coming back and maybe one day I will win this tournament. As Jan said, this is a great event with so many people working hard in the club to make it happen."

Before the final, Jasmine Hutton of Sussex won a highly entertaining Collins Jewel Women's Challenge against Elise Lazarus of Essex 11-9, 13-11, 11-7. 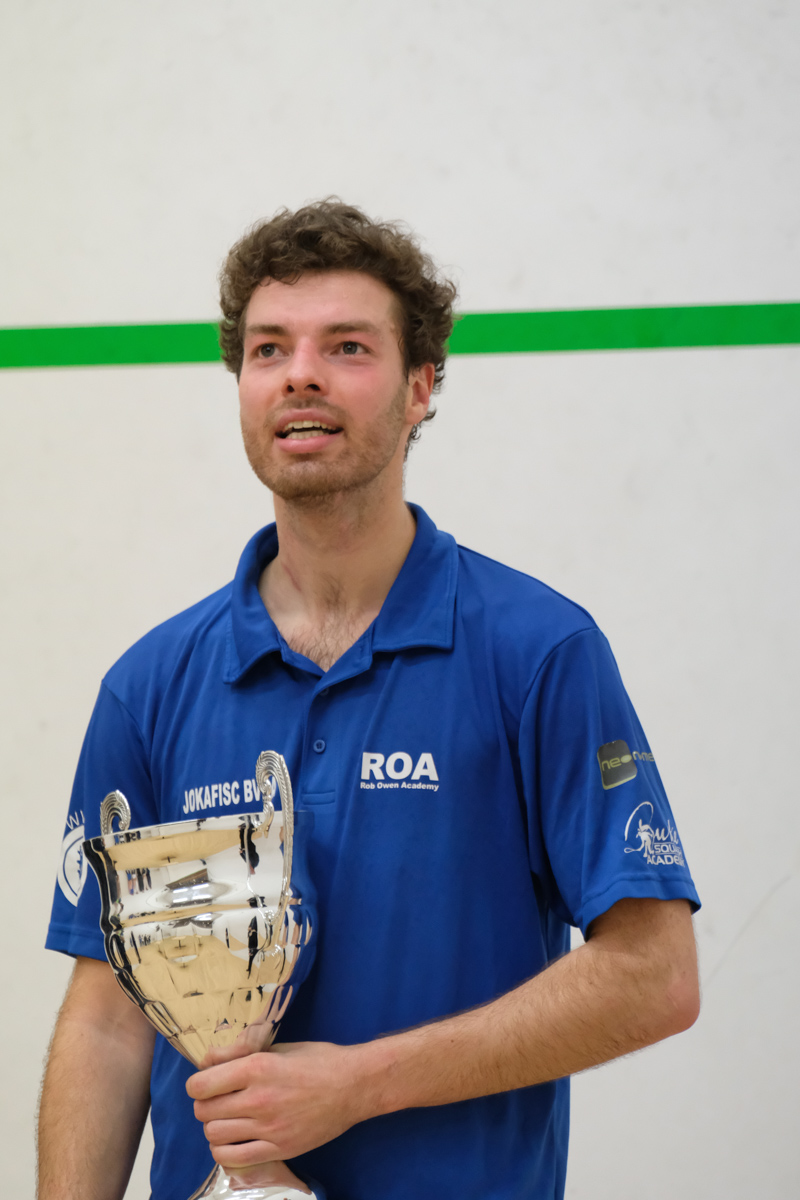 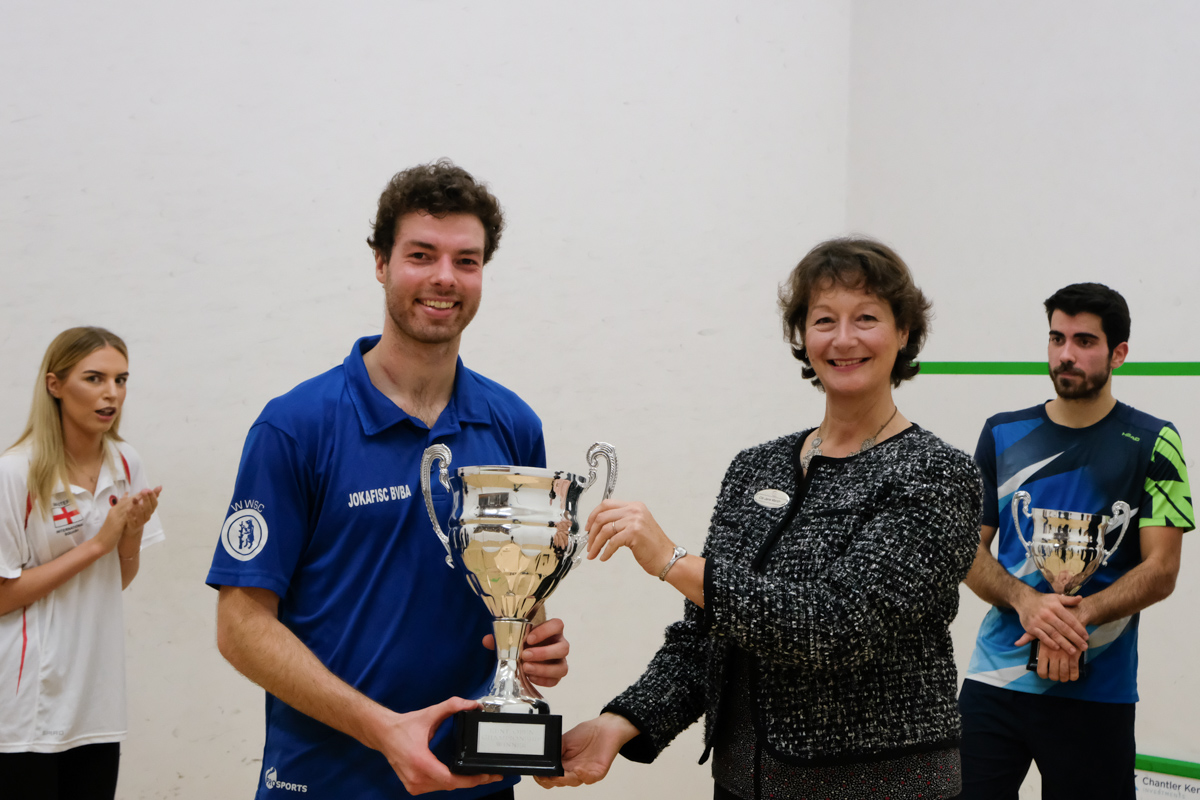 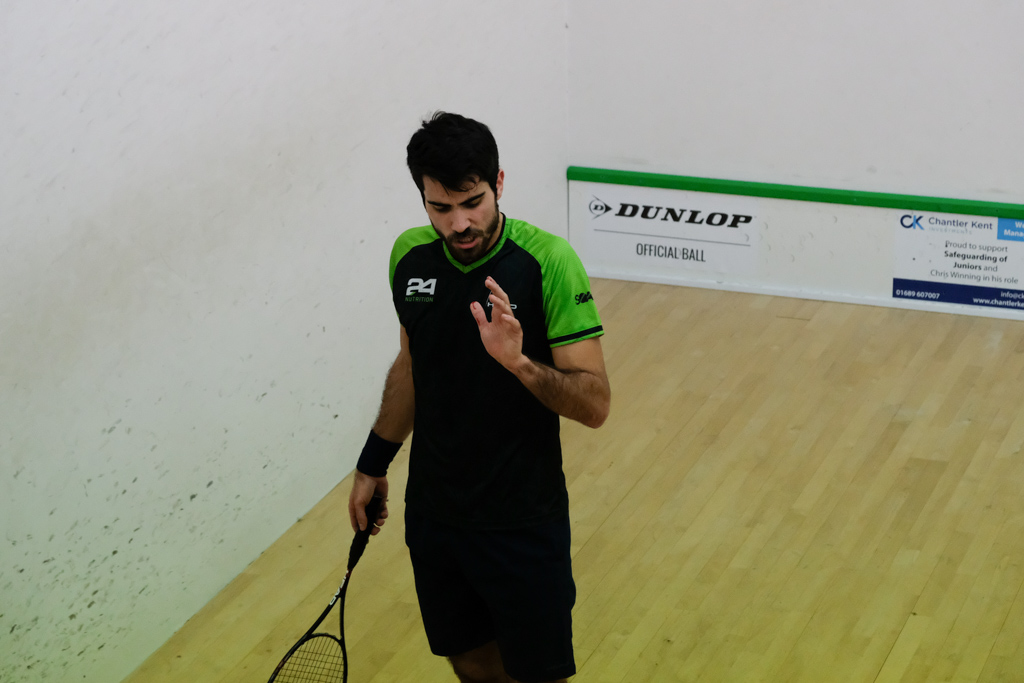 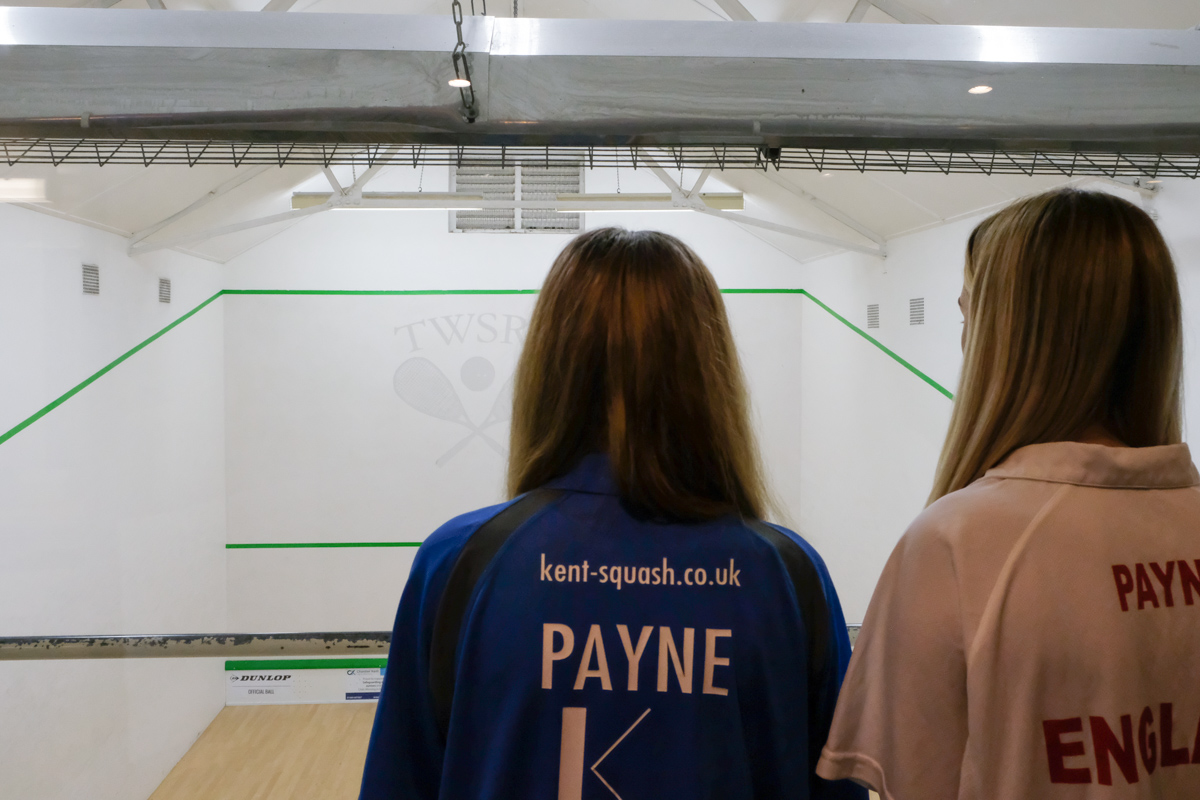 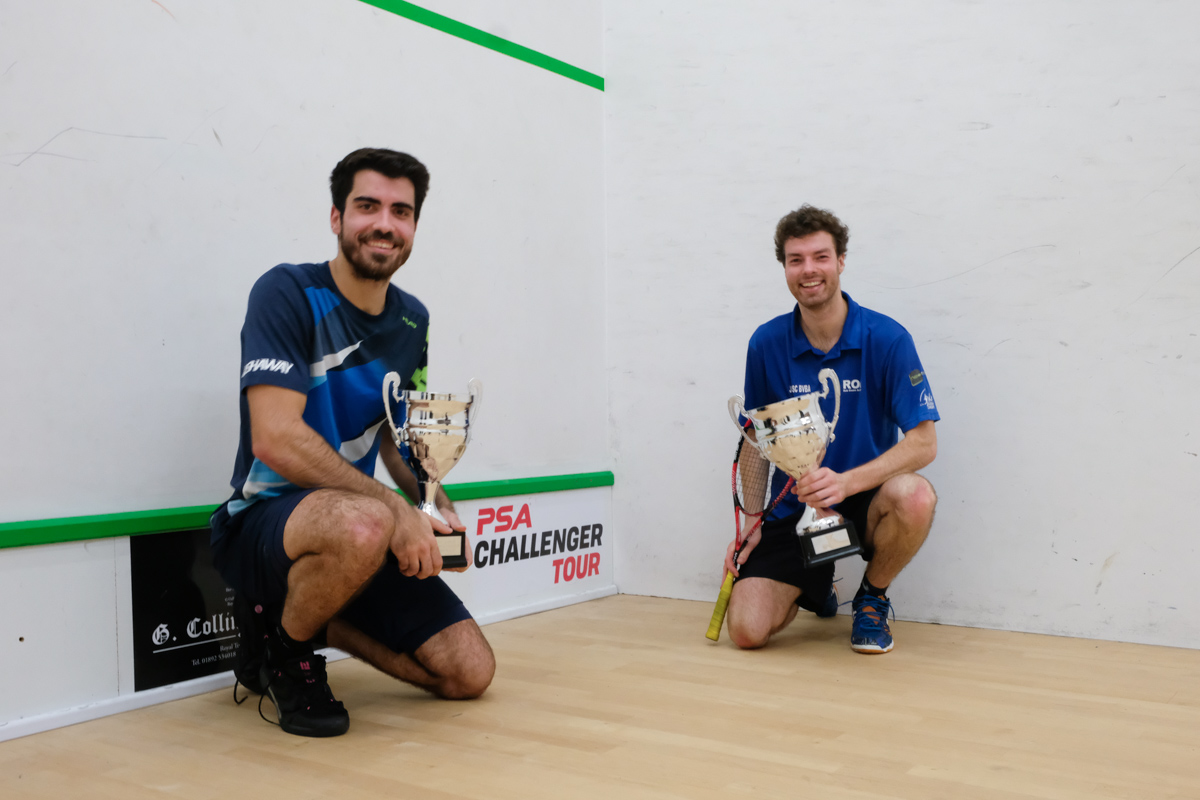 Soares was made to battle hard by the tenacious talents of young Mexican Leonel Cardenas, but Van Den Herrewegen enjoyed a comfortable passage courtesy of tired opponent Stuart Macgregor.

In front of a packed gallery at Tunbridge Wells Squash Club, Portuguese ace Soares began strongly against Cardenas but the 18-year-old was furious at being denied a stroke when game ball down. He began the second in furious fashion and went 8-2 up with a succession of stunning winners.

However, Soares weathered the storm and gradually regained control to hold game ball at 10-9.

Cardenas was annoyed by more controversial decisions that went against him and Soares squeezed home 15-13.

The third game saw a complete turn-around as Cardenas dominated throughout and Soares offered only token resistance in many rallies as the Mexican raced through 11-1.

Soares found himself behind again the fourth as the crowd got behind the Mexican, who led 7-3 and seemed destined to take the match to five.

However, from that point on he was only to score one more point as Soares regained control to win 11-8 and complete victory in 45 minutes.

The 20-year-old Macgregor admitted to feeling exhausted after two brutal five-setters the day before.

He tried his hardest against Van Den Herrewegen but admitted: "I was shattered after those two matches yesterday. It would have been nice had one of them been an easy three-love, but that wasn't the case. I had my ankle strapped up for support but that wasn't an issue. I was simply exhausted." 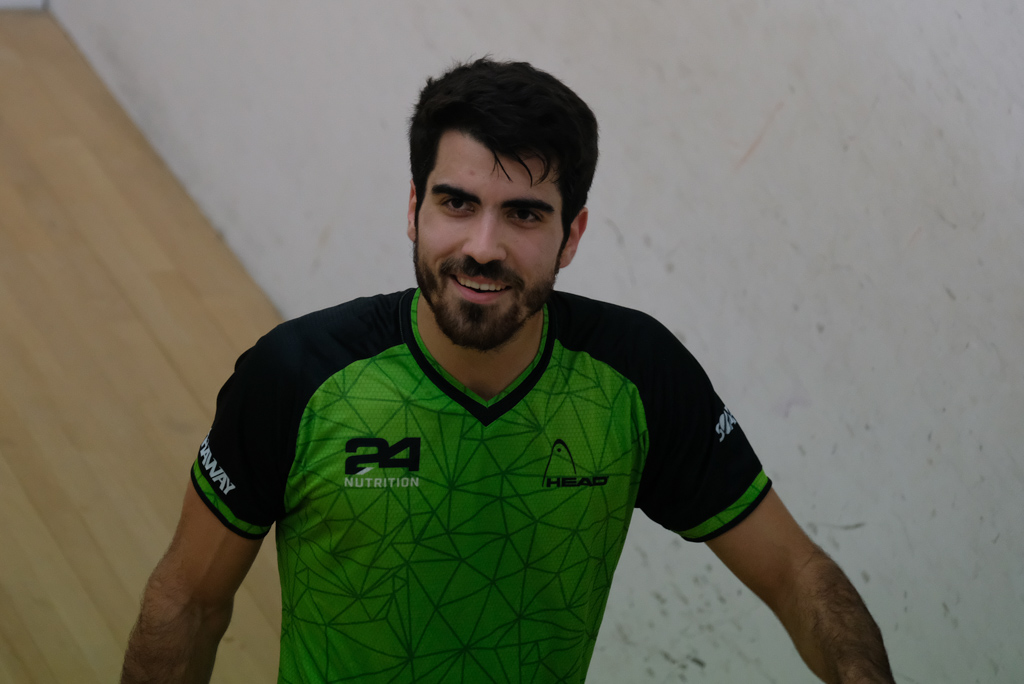 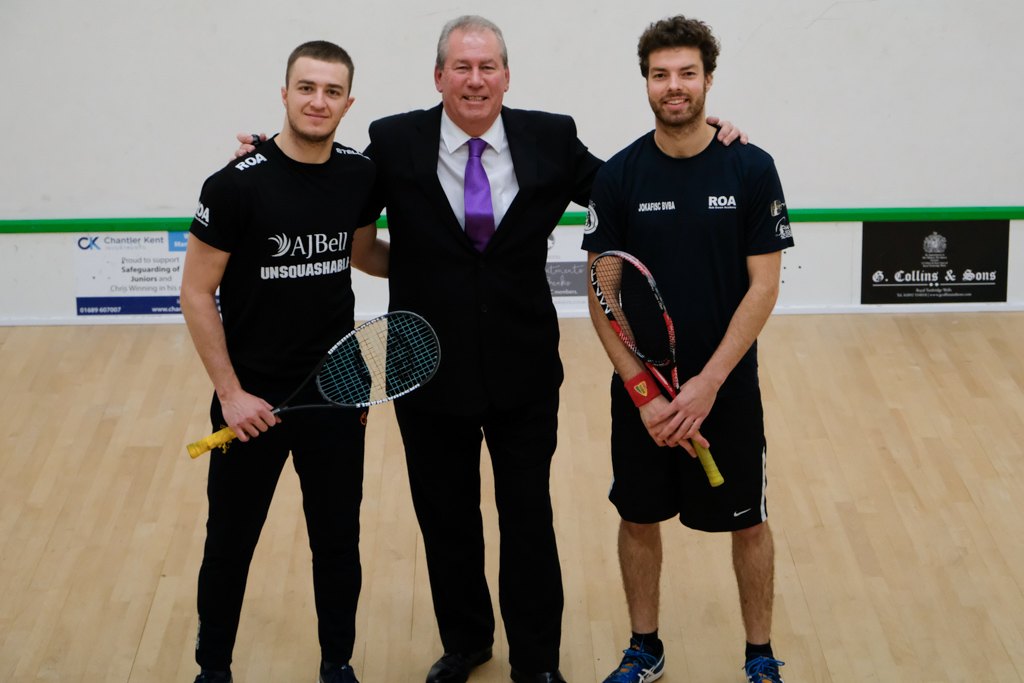 Rising star Nick Wall is looking forward to a rest after completing the busiest week of his life.

The Sheffield teenager bowed out of the Colin Payne Kent Open, sponsored by Select Gaming, after losing to fellow Yorkshire player Stuart Macgregor in front of a packed gallery at Royal Tunbridge Wells.

Having won a tough battle against the experienced Mark Fuller in the first round earlier in the day, Wall was leading by two games to one against Macgregor when he fell and twisted his ankle.

After an injury break he returned to court in slightly hesitant fashion and admitted that he was reluctant to push too hard for fear of causing serious damage.

Macgregor maintained a solid, steady rhythm to clinch his second five-game victory of the day in this PSA Challenger Tour event, having beaten Kent veteran Ben Ford in the opening round.

Wall revealed: "After I turned my ankle I could still feel it when I came back on to court. It was on my mind for the rest of the match."

He had every right to feel cautious, having put his body through the mill in the past week. He finished runner-up in the Dunlop British Junior Open Under-19 final in Birmingham on Sunday and also turned out in the PSL on Tuesday for the University of Warwick-Kenilworth team.

Bizarrely, he lost that match to Macgregor as well, returning to the University of Birmingham courts two days after losing to Egypt's Mostafa Asal at the same venue in the British junior final.

Wall added: "I am definitely having a break now for at least three days before I get back on court. I must have played something like nine matches in the past ten days."

Macgregor, reflecting on two marathon matches in the same day, said: "That's me all over. I always seem to do things the hard way."

They won both of their matches in quick time, with Soares notching up an 11-0 "bagel" in the second game of his quarter-final against No.7 seed Miles Jenkins.

Soares admitted: "I don't like doing it. The only reason it happened was because I was showing my opponent so much respect. He's a good player and I knew it would be a hard match." 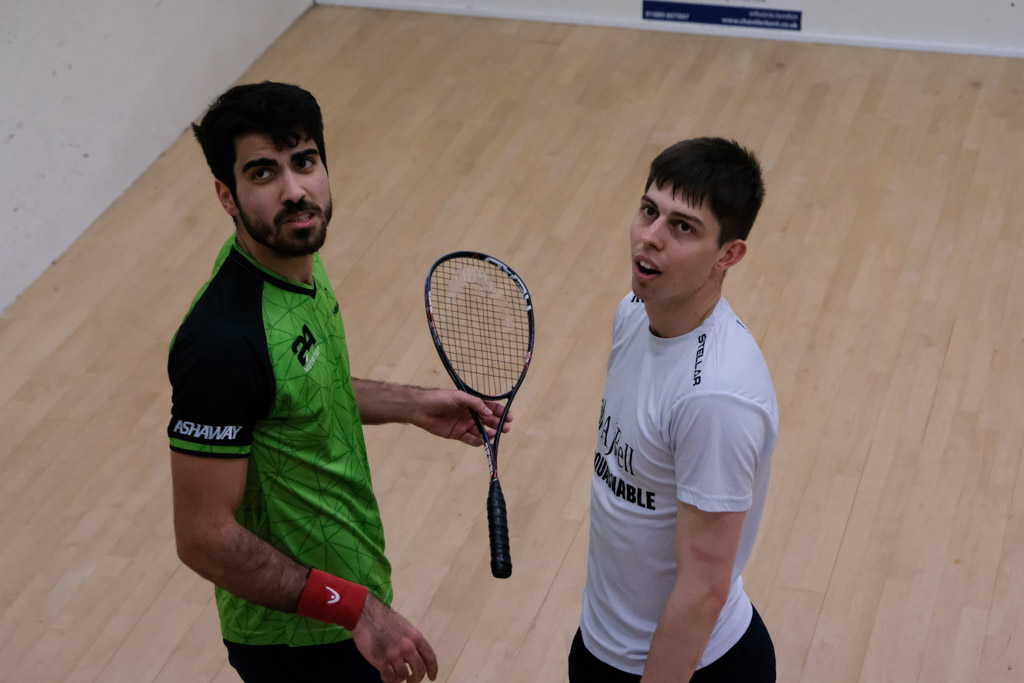 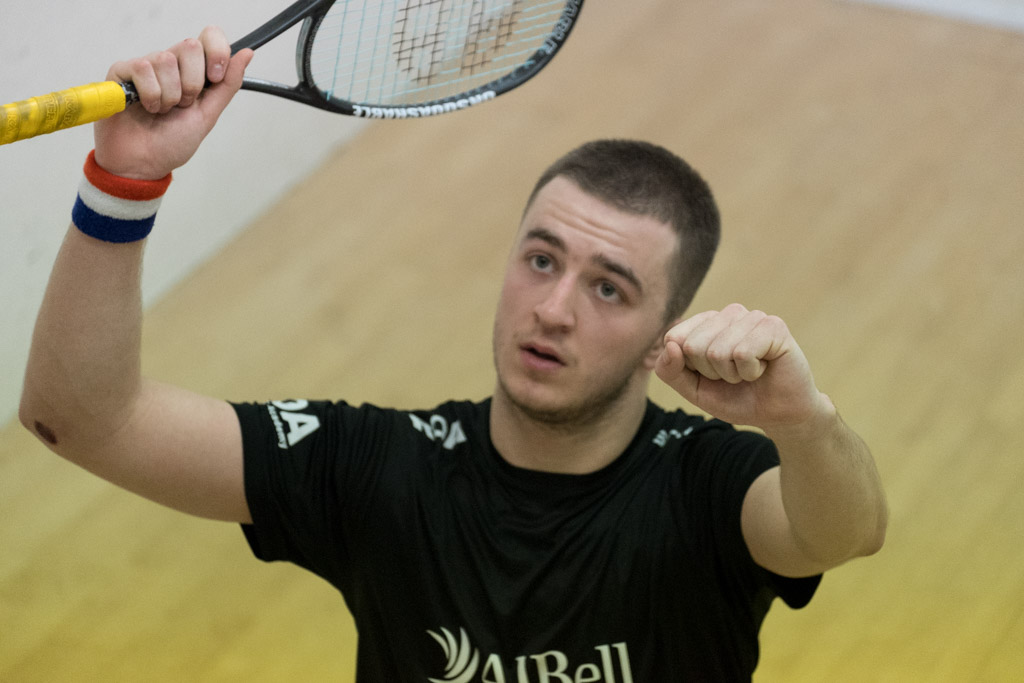 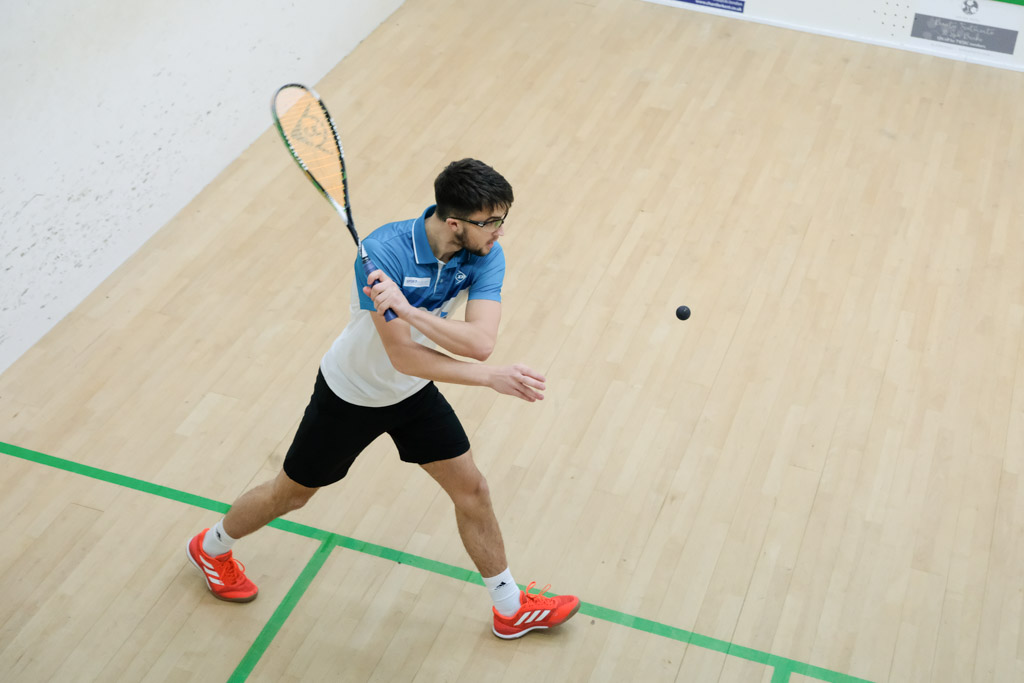 Payne represented Tunbridge Wells for many years after retiring from the professional game and enjoyed considerable success on the Masters circuit. He lost his life in tragic circumstances at the age of 54 in 2016.

He was county champion five times, won the Kent over-35 title ten times, and represented Kent on more than 100 occasions. He became the National Over-50 champion and represented England in international competition. 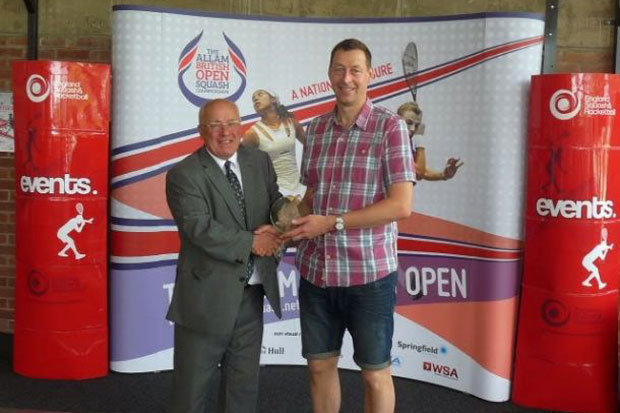 He said: "I am delighted that the Kent Open has a new home at Tunbridge Wells. We are relocating to my home-town and also honouring the memory of one of Kent's finest players. I am sure that Colin's many friends in the game will want to visit the tournament to pay their respects and enjoy some great squash.

"The Kent Open is acknowledged as one of England's major tournaments for emerging squash professionals and I am sure the members and visiting spectators will enjoy some high-quality entertainment." 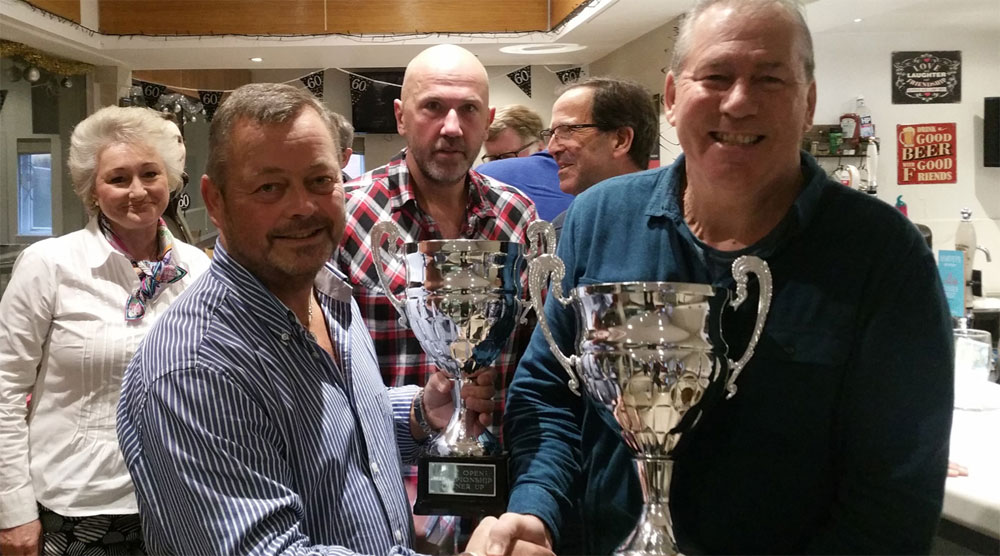 Kent Open founder Alan Thatcher, who has been involved in several high-profile tournaments, including the British Open, US Open and Canary Wharf Classic, will be masterminding operations.

A former doubles partner of Colin Payne at Maidstone, he said: "The tournament will celebrate its tenth anniversary with a new home venue after nine successful years at The Mote Squash Club in Maidstone.

"The growth of the Kent Open is due to the support of our sponsors, and Select Gaming have been involved every year since we started. 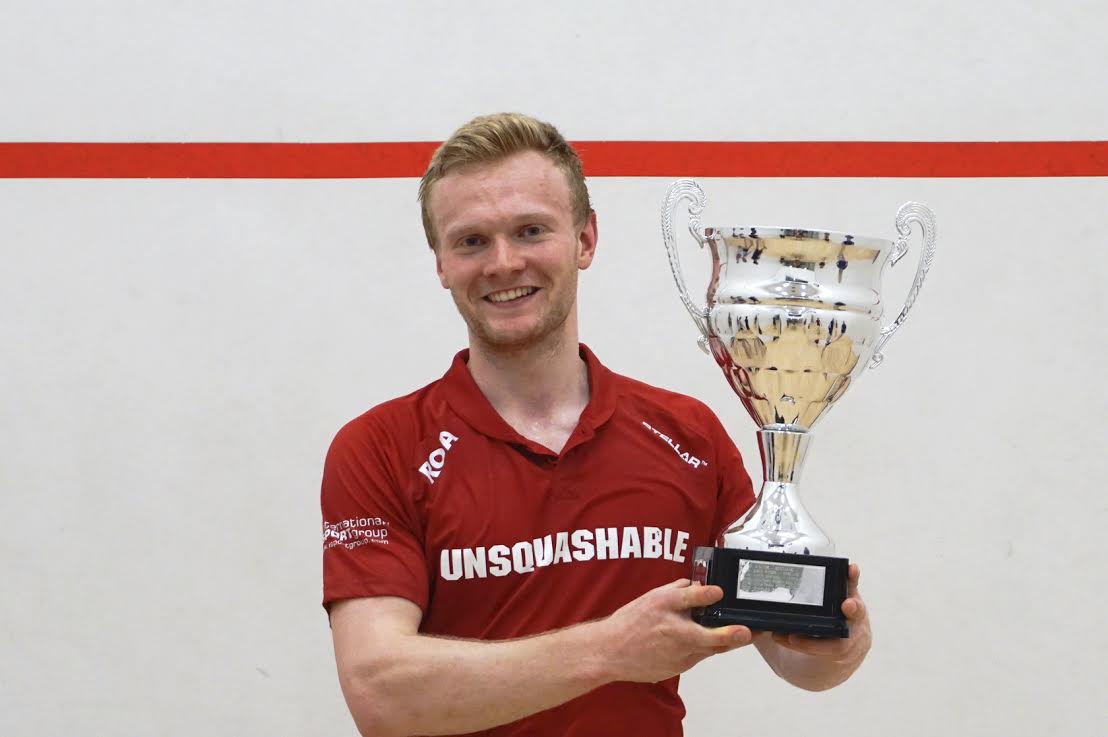 "It is hugely rewarding when you see young players go on to achieve great things in their careers. England's Declan James and our reigning Kent Open champion Joel Makin (from Wales) are prime examples.

"Joel is in great form and has recently beaten the world champion, Mohamed ElShorbagy of Egypt, and Declan, another frequent visitor earlier in his career, is now at an all-time high of 16 in the world rankings. This makes him the new England number one, following in the footsteps of squash legends Nick Matthew and James Willstrop.

"It's a pleasure watching guys like these compete in the Kent Open and it's wonderful to see their hard work and dedication paying off."

Tunbridge Wells Squash Club chairman Mark Groves-Gidney added: "We strive to be one of Kent's premier clubs so we are delighted to be hosting this prestigious tournament: it will be great for our members and all the sporting enthusiasts of Tunbridge Wells for us to hold the Kent Open.

"It is wonderful for Jonny Powell to bring this tournament 'back home' and we are very fortunate to have Alan Thatcher take care of the event. Tunbridge Wells Squash and Rackets Club is pleased to financially support this event and we acknowledge the gracious support of our sponsors including the Spa Hotel.

"The Wells Physiotherapy & Sports Injury Clinic will also be delivering support to the players and G Collins and Sons jewelers will finance a Ladies professional challenge match during the tournament".

Part of the PSA Challenger Tour 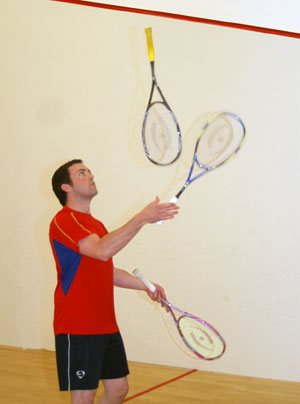 Jonny the Juggler: Our Kent Open sponsor is handy with more than one racket! 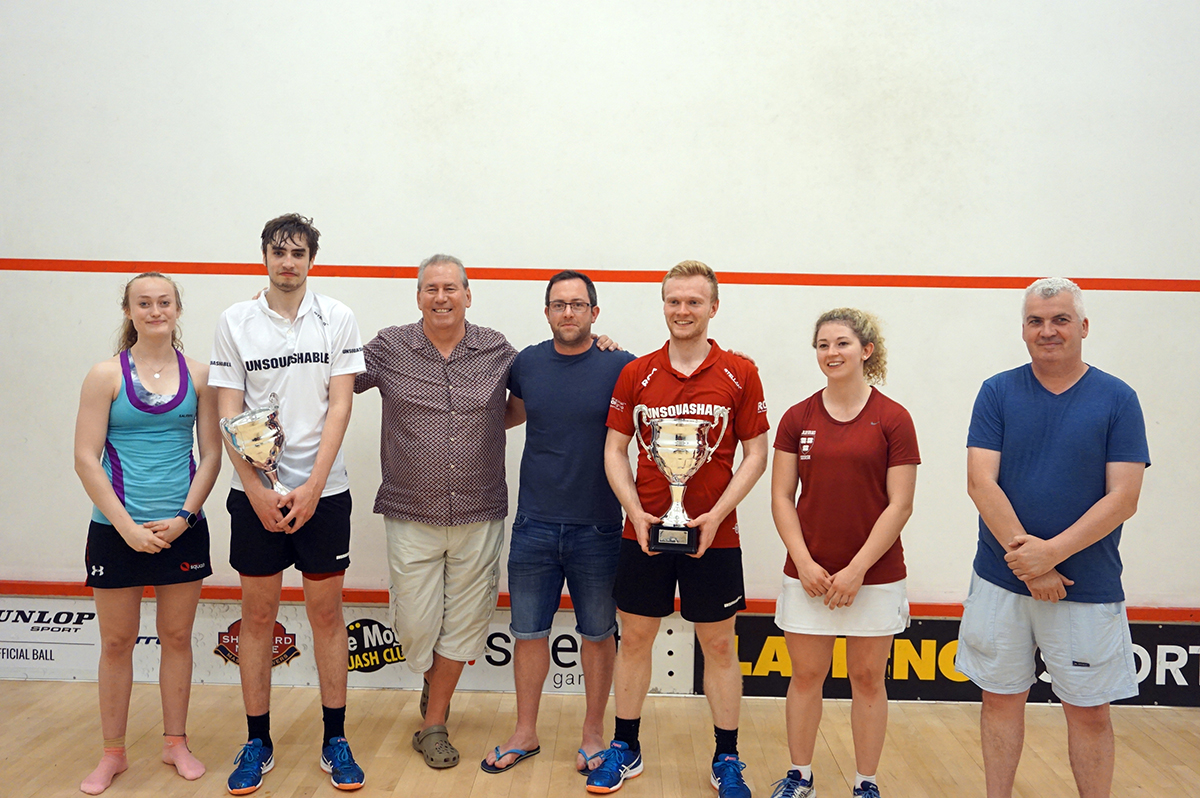 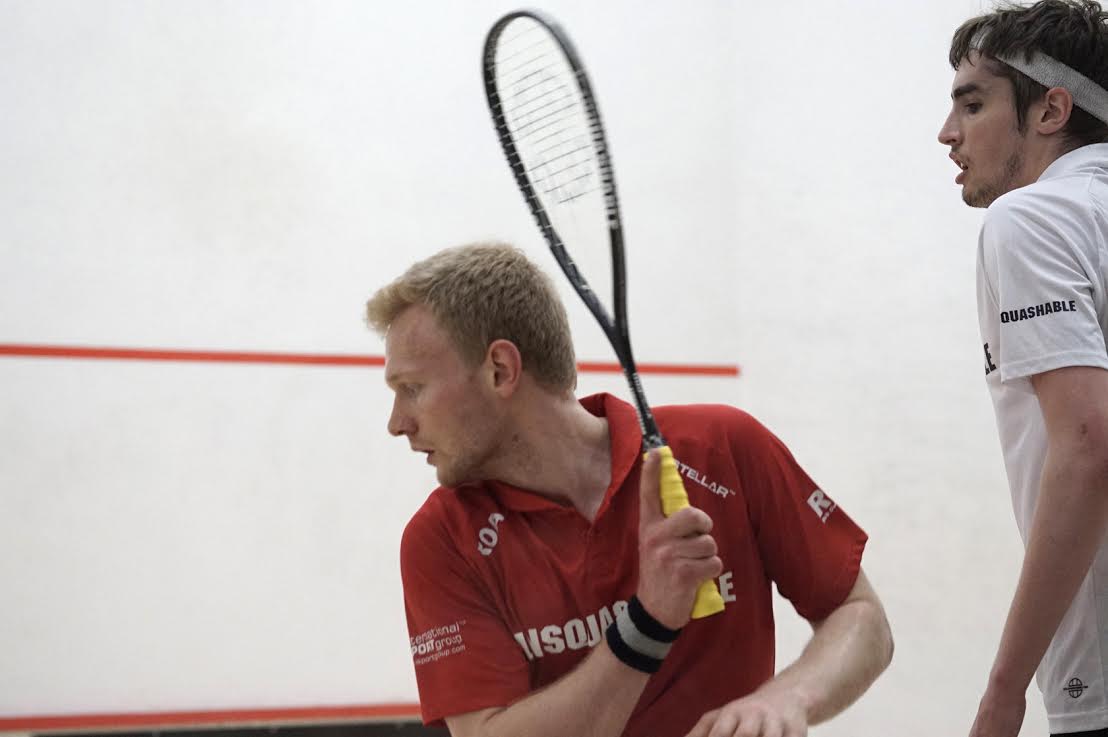